Life Without Laws - The Teachings Of Joshua
0
was successfully added to your cart. 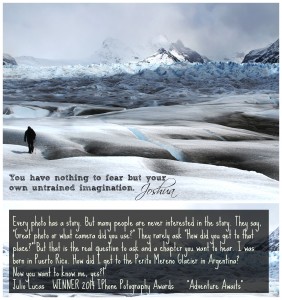 From your perspective you might believe that a life without laws would be chaos. You might conclude that a land without laws would turn into anarchy and strife. But would it really? If the majority of citizens were consciously aware of universal laws and the mechanism of physical reality, they would realize that their life is one of their own creation. They would not fear others who operated outside of acceptable behavior for they would be aligned with what they wanted. The others would not be able to affect their reality.

If you could not own anything, then nothing could be taken and you would lose your fear of loss. If you were without the fear of loss, nothing could be taken. It would defy universal law. You would maintain everything you wanted for exactly the time you wanted it and it could never be taken from you. It is only when you fear loss that you can lose.

Now imagine the difference between how you operate now, as you believe you own things and they can be taken from you, and who you would be if you understood that there are no things and you cannot own anything. Is this a stretch for you? Objects in physical reality are created from your thoughts. Everything you have is a manifestation of a feeling which turned into a thought which turned into a physical thing which somehow entered your experience. But the thing is no more real than the thought. Actually it’s just as real. It’s just that it’s really not physical. You know it’s there in your presence as you interpret its existence through your physical senses, yet it’s only a vibrational representation of your thoughts. It’s not real. Nothing is. This is all an elaborate illusion.

You understand that don’t you? This is a vibrational reality which represents itself physically. The same thing occurs in the nonphysical realm, but we see through the illusion. It’s all for fun. The whole thing is just another way of being. So why not make it more fun by releasing fear? That would make this experience so much more enjoyable.

Let’s imagine that everything was taken from you. As you are living your life with your set of beliefs and your current approach to life, you would judge this as a bad thing. Why? Because you would feel bad. That’s right. After all is said and done, you want to feel good. This is a feeling reality. You want to avoid feeling bad and enjoy feeling good. That is why you want money. You believe money makes you feel good. It does, to an extent, but when you fear losing your money or possessions, you feel bad. Your fear makes you feel anxious, nervous, and worrisome. Now what creates your reality? Your feelings!

If you feel worried that you might lose your money or your possessions what do you think is likely to occur? The universe is going to give you experiences in reality that match how you feel. It feels good to think about money so the money comes. When the money arrives, you fear losing it and it goes away. It’s just a mechanism of physical reality and it can be no other way.

Now imagine that you didn’t need money to feel good, you simply felt good. The universe would bring you physical representations of the way you feel. You would experience feeling good in physical terms as you practiced feeling good. You might receive money or possessions that made you feel good. As your approach to possessions is different, you no longer fear loss and therefore they cannot leave your experience until you want them to. It would not be physically possible.

If you are worried about losing something, you might as well lose it because the feelings that stem from fear of any kind are not worth it. The fear is the bad feeling. If you fear something, you might as well give in to it or change your perspective in such a radical way that the fear dissipates. This is a feeling universe. The only thing that matters is how you feel. You must demand that you feel good. It is your right to feel good. Only fear can make you feel bad.

We come to tell you that there is nothing to fear but fear itself. This is a very powerful message that was given to you long ago. It’s completely accurate. There is nothing so serious going on here that you need fear anything. Not even death for there is no such possibility of death. Death should be a celebration just as happy an occasion as birth. It is in the nonphysical realm. You cannot die and you cannot lose anything or anyone. The only time you lose is when you succumb to your fears.

If you are afraid of loss then lose everything or give everything away and see what happens. You’ll be surprised. If you lose everything and you wallow in self-pity, you might remain there for a little while but soon your natural vibration would allow things to come to you and you would rise again. If you have gone through a devastating loss, you will notice that you come out the other side in a much better condition. Your perception changes. You see things differently. You have expanded as a result of the experience.

The longer you dwell on the wrongness of what happened, the longer it will take to rebound. But you will rise one way or the other. When you’ve lost your money and possessions, these things have less power over you. After the loss your perspective shifts. You begin to realize that the way you feel is far more important. You believed that the things made you feel good, but they were just representative of how you were feeling. They were tokens of the feeling, not the feeling itself. Change your approach to what you fear and you’ll feel better.

Pretend for a moment that you’re a slave owner. You own a lot of slaves and you use them to power your business. The labor is cheap. You only need to provide them with minimal food and shelter. You can’t imagine how you would operate your business without them. Your products would cost too much and no one would buy them.

Soon you hear of people who think slave ownership is wrong and they want to take your slaves away and set them free. You don’t believe it is right for others to take property that you lawfully own. But they want to change the laws and make it so that you can no longer own slaves. You fear the loss of your property and you believe that loss will ruin you.

So your slaves are set free after a long and costly struggle to keep them. Your property is gone. But what really happens? You find alternatives to their labor. You might hire free men who will be more willing and actually produce more products for less money. You no longer need to hire people to make sure your slaves don’t escape. You no longer worry that your slaves may revolt and kill you. Because you have undergone a radical change, you now find better methods for doing things. You start to innovate out of necessity.

If you keep doing things the same way because you can’t imagine how it will all work out, you can never get to the better place. It is only after disaster that you are forced to radically change your approach to life. It is only out of necessity that you innovate. Yet, if you feel negative emotion, you must radically change your approach. If it’s not working you must change it, not fix it. Radical change always leads to the path of discovery.

If you have been drawn to this website then you are a leading-edge creator. These teachings are not for everyone. You must have a certain understanding that there is more to life, that you have power over fate, and that you are a spiritual being living in a physical existence. If you have been brought to this website as a result of your wanting to understand more, to become who you know you really are, and to improve your powers within this physical experience, then you must continue this journey of exploration. This is your next step. You have come to this point and Joshua’s teachings will lead you to the next level in your journey to a higher consciousness and spiritual awakening.

How Being Good Creates All Of Your Worst Problems

You are good. Let's start there. Let's end there. Now that we have stated that fact, let's examine why you are still trying to be good and how this causes all of your worst problems. [Read More]